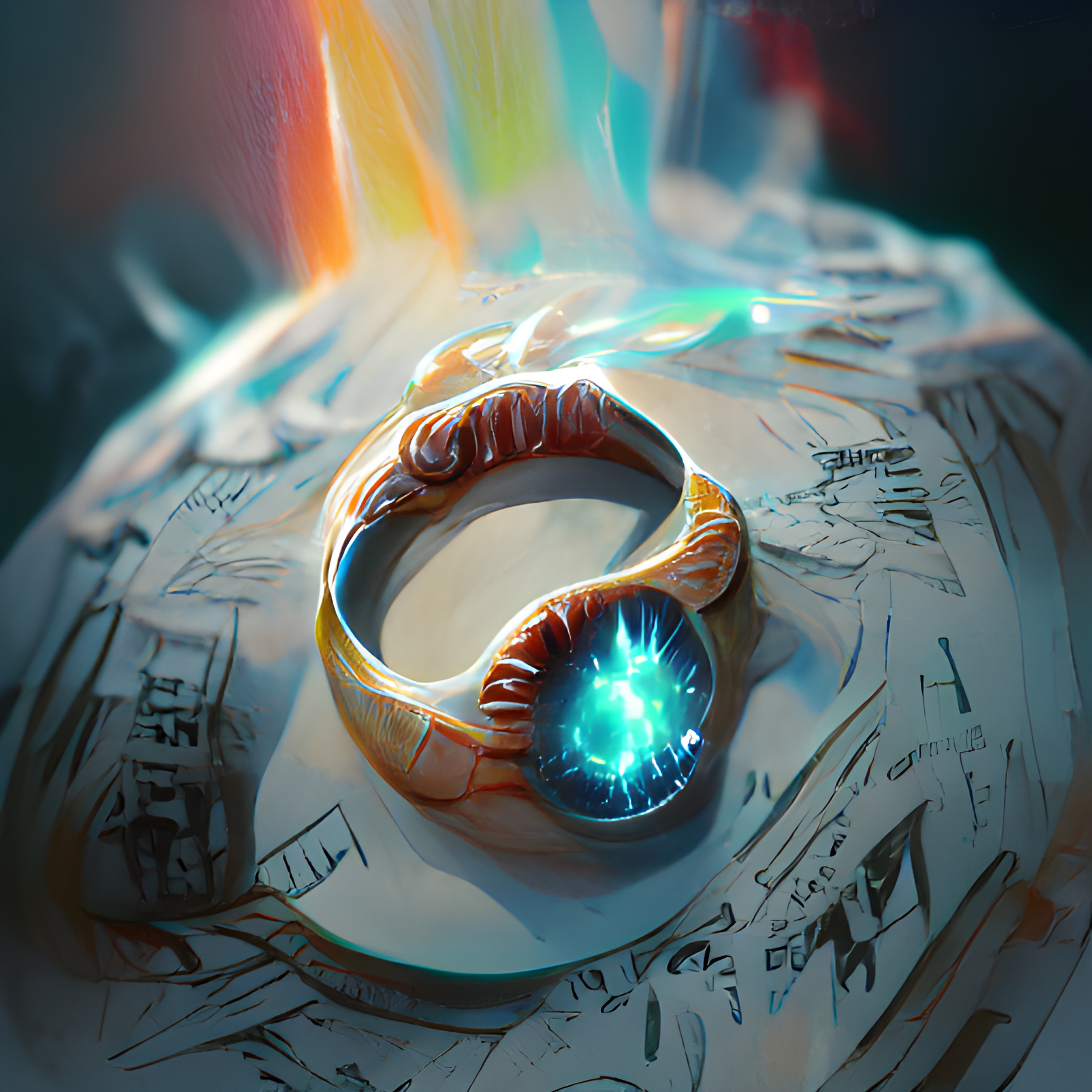 The Ring of Power

Anyone who masters the the Ring of Power will have access to an infinite energy.

Legend has it that the Ring of Power would be connected to 7 other parallel realities of the Solverse from where it would draw its energy. However, until now, only a few powerful sorcerers have been able to perceive and manipulate this magical link for their own purposes. Soldhiv was the last of them, and it is said that he used the power of the ring to save humanity from a terrible cataclysm ...

On year 787 of the Infinity Calendar, a meteor was about to collide with Earth. By using the Ring of Power to tap into the infinite energy of the Solverse, Soldhiv eventually deflected its course and saved Humanity from a certain death.

Although the operation was a success, the energy absorbed was so intense that the magician could not contain all of this immense power, and was quickly consumed by it, then transforming into an eternal magical flame linked to the Ring of Power forever.

Since then, Soldhiv's soul has remained attached to this ring, which now emits a mesmerizing glow that seems to emanate from the depths of the Solverse.